This is the second blog post describing how to update the tools and frameworks used in the 2’nd edition of my book. In this blog post, we will focus on updating Kubernetes and Istio, but also update related development tools such as Docker Desktop and Minikube.

In the previous blog post, we learned how to upgrade Spring Boot, Spring Cloud, and Spring Native. Now it’s time to upgrade Kubernetes and Istio to their latest releases. It also seems rational to upgrade the development tools we use to run a Kubernetes cluster locally, Minikube and Docker Desktop.

Since one of the infrastructure products we use in the book, the cert-manager, has dependencies on what Kubernetes version we use (as described here), we also need to upgrade the cert-manager. Finally, since Istio is used together with other tools to implement a service mesh, we will install one of the essential add-ons, Kiali. Kiali is used to observe the traffic that flows through the service mesh. To collect metrics, it relies on Prometheus. In chapter 18, you can learn how other add-ons, such as Jaeger and Grafana, can be installed and used.

The following table summarizes the updates covered by this blog post:

The source code for this blog post is found in the Git branch: K8S1.25 in the book’s Git repo. Since each chapter builds on the previous chapter, only Chapter 17 (covering all Kubernetes features) and Chapter 20 (covering all parts in Istio and the EFK stack) have been updated in this Git branch.

The following illustration summarizes the Kubernetes features covered in Chapter 17:

The following illustration summarizes the Kubernetes and Istio features covered in this blog post: 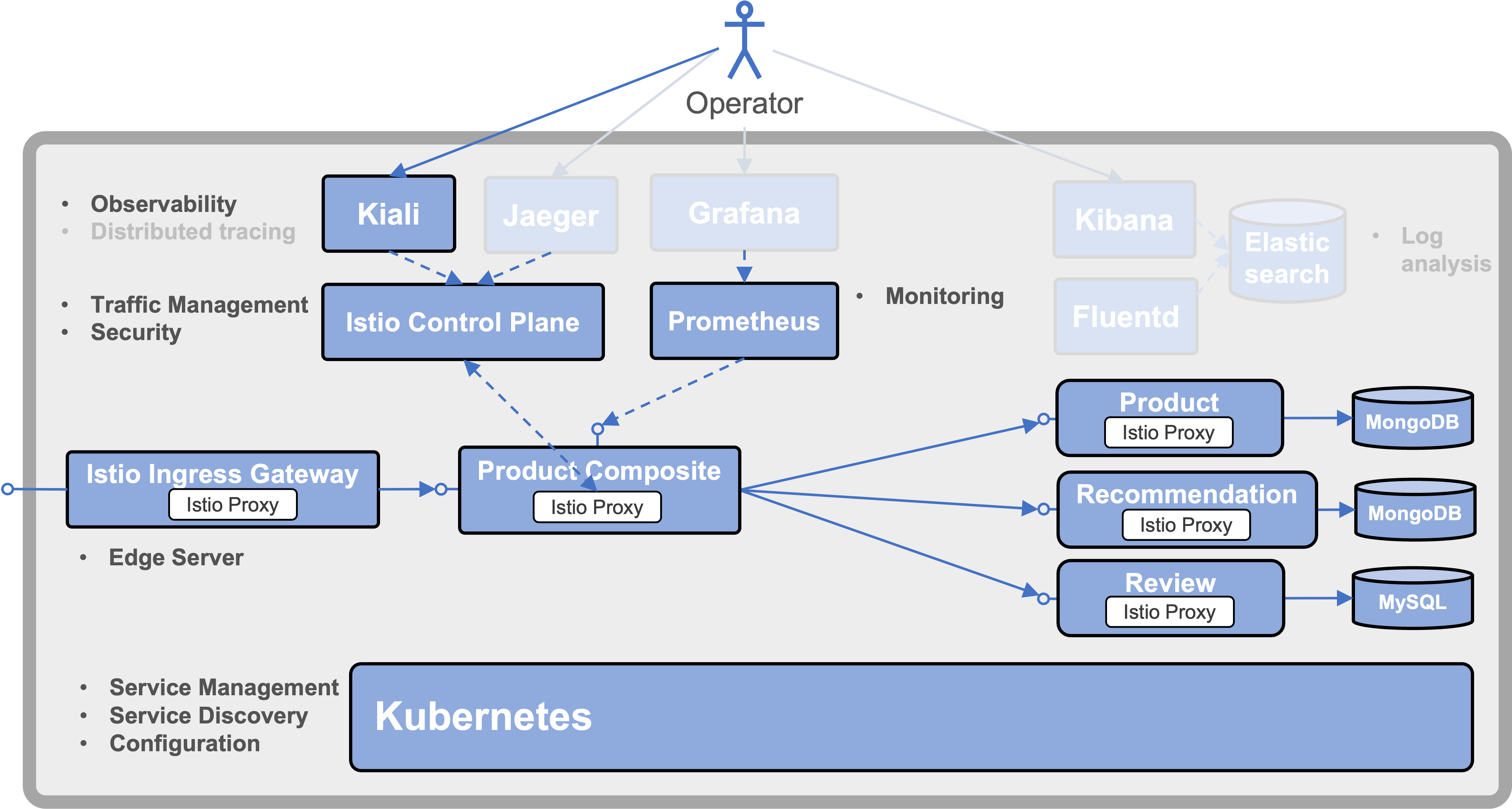 Since this blog post focus on Kubernetes and Istio, all features available in the source code for Chapter 20 will not be used. The unused features (Jaeger, Grafana, and the EFK stack) are greyed out in the figure above. See chapters 18 - 20 for information on how to utilize these features.

Before we look into the upgrade commands, let’s see where to find information regarding news in the various releases.

With the most essential news in the new releases covered, let’s see how we can upgrade the tools to the latest versions.

In this section, we will learn how to upgrade the following tools:

In some cases, the commands have to be executed differently on macOS and on WSL 2 in Windows. Therefore, macOS and WSL 2 specific commands have a comment starting with either # macOS-version or # WSL2-version.

To upgrade to kubectl v1.25, run the following commands:

Before upgrading istioctl, it is important to remember that istioctl only can install Istio in a Kubernetes cluster of the same version as istioctl itself. So, if you need to work with Istio 1.9.3 after upgrading to v1.15.0, I suggest you keep a copy of the 1.9.3 version of istioctl. Run a command like:

To upgrade to istioctl v1.15.0, run the following commands:

To upgrade to minikube v1.27.0, run the following commands:

Since this blog post is about trying out new versions of infrastructure components such as Kubernetes and Istio, no source code changes have been required since the previous blog post on updating the Spring components.

The first subsection describes the commands required to create a Kubernetes cluster using the latest version and deploying the application from the book in it. The commands and application source code are taken from Chapter 17 in the book, so take a look in that chapter if you want to know more about a specific command.

In the second subsection, the latest version of Istio is added to the cluster, and Kiali is also added to be able to observe the traffic in the service mesh. These commands are taken from Chapter 18 in the book, while the application code comes from Chapter 20. Chapter 19 and 20 contain more add-ons, such as describing how the EFK-stack can be used for log analysis and how to use Prometheus and Grafana for monitoring and alerts.

Before heading on, ensure that the tools Java, git, jq, curl, helm, and stern are installed. For installation instructions, see chapters 21 and 22.

To try out the new Kubernetes version, v1.25.0, with the source code in Chapter 17, perform the following steps:

With tests of the new Kubernetes version running successfully, head over to the next section to try out the new Istio release!

To try out the new Istio and Kiali versions with the application in Chapter 20, perform the following steps:

For further tests with Istio, monitoring and alerts with Prometheus and Grafana, and log analysis with the EFK Stack, see the book’s instructions in chapters 18 - 20. .

In this blog post, we have learned how to upgrade the infrastructure used in this book to the latest versions of Kubernetes, Istio et al.

That’s all for this blog post; in the next one, we will learn how to build, deploy, and run microservices on ARM64-based hardware, such as a MacBook Pro with Apple silicon.