Many are the situations where there’s a need to organize information for subsequent use, and one way to do this is to use a controlled vocabulary. This need may arise in a limited setting, where your requirements can be managed off the cuff, or it could arise in a setting where secondary use of information is foreseen but exactly how is unknown. In these more intricate circumstances, an ontology may serve you well.

In this short blog series, I intend to explore the topic of ontologies, with a focus on the technical aspects of those. But to discuss this topic, we first need to settle on a terminology. To do that, we need to explore the terminology of terminology itself, and the semiotic triangle in particular.

As any triangle, the semiotic triangle has three vertices. These are: 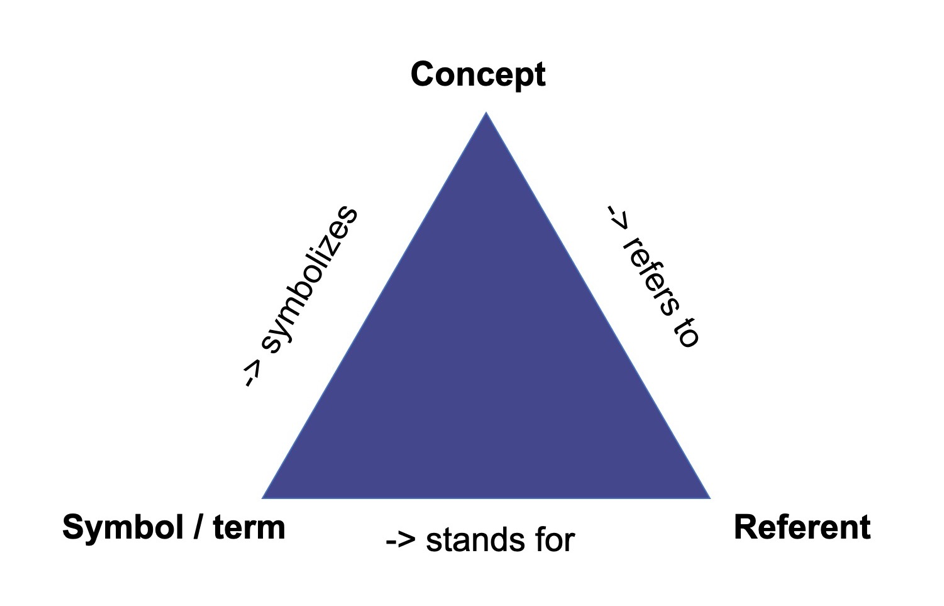 For a less theoretical explanation: an example. The symbol here is the string “tree”, which expresses the concept of a tree. The referents are actual trees.

An example closer to home

Since we work with IT, I’ll add an example closer to our everyday business. Assume you and your colleagues are going on a retreat (or a “bootcamp” as we say here at Callista). To accommodate the wishes of the restaurant, dinner needs to be pre-ordered. To gather responses, your boss creates a poll on Slack. Let’s say there are three options for the main course: meat, fish and vegetarian. Let’s also say there are twelve responses, eight fish and four vegetarian.

So far, I haven’t yet touched on the actual topic of ontologies, but this theoretical foundation will be important in later parts of this series. The following posts will discuss different scenarios (i.e. what are your requirements) and technical aspects of creating and managing an ontology.